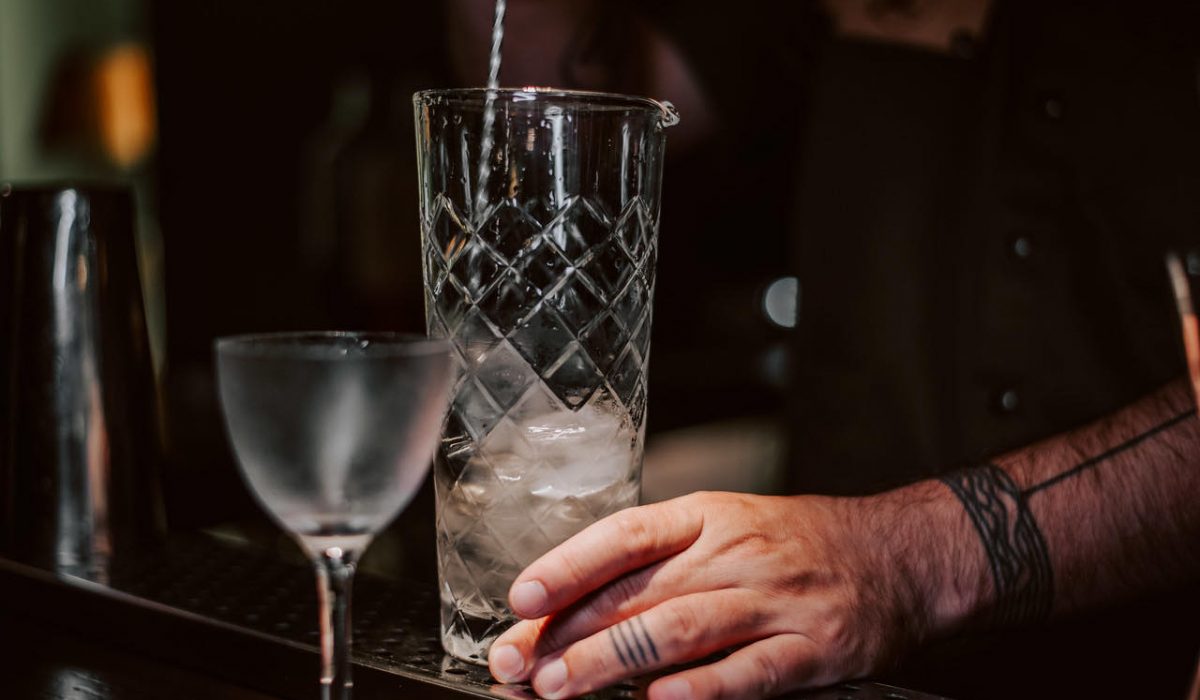 Cocktails are consumed largely throughout summer. We usually combine a cocktail with a view of the Aegean Sea and the Cycladic August “meltemi”. But this is not obsolete for making a delicious trip to fine drinking.

A little further in the North, in my hometown in Greece called Didymoteicho, I tried exquisite Cocktails full of personality, inspiration and flavor. Celebrities like Frida Kahlo, Aristotle Onassis and Picasso filled my glass with the complexity of their character.

Behind this original idea stands a man I have known for 11 years. His name is Paschalis. Paschalis was incredibly sociable as a child. His need to be close with his friends was pure and natural. He was constantly coming up with new ideas for events, parties and friends’ gatherings. Until his friends were too many. There were so many, that they couldn’t fit in houses, cars and backyards anymore.

About 2 years ago he created Parrot’s Beak, his eternal dream. A Cocktail Bar that his friends could find a place to enjoy their coffee and drinks. But the story with Parrot’s Beak didn’t stop there!

Paschalis fell so deeply in love with the world of fine drinking, that he constantly discovers new flavors and special ingredients for Cocktails. He is constantly experimenting in his workshop and creates Cocktails that intrigue our senses.

Parrot’s new menu was based on the aesthetics, character and vision of great personalities in human history. What did Picasso’s artistic nature taste like? What combination of taste and elegance describes Coco Chanel? Curiosity led my steps once again to Parrot’s Beak and the answers didn’t take long to come.

Picasso was a symbolist and was completely influenced by the wave of realism. His works reflect his artistic tendencies in different periods. In the Rose period in particular, where he connected with the bohemian artist Fernande Olivier, he sketched his emotional world with warm shades of orange.

So Pablo Picasso’s Cocktail gets a warm tropical feel from papaya, pineapple and cinnamon. The liveliness and sweetness of an uncontrollably passionate color palette, cools us and dazzles us under the full moon.

As being Greek, he never forgot the favorite drink of his homeland, tsipouro. A cocktail describing Onassis is a real adventure. Ambitious but at the same time simple, he became a global mythical figure. Having lived as an immigrant, while maintaining an incredible insight and entrepreneurial mind, Onassis writes history as one of the largest shipowners in the world.

A dry Martini, with a fine distillate connected with the Greek tradition and authenticity, is what characterizes Aristotle Onassis, as Paschalis sees it. The golden olive completes the serving by coloring with earthy brightness an unshakable character with a truthful soul, that never forgot what matters most in life

Radical, autobiographical with strong natural elements and Mexican tradition. Frida Kahlo is now known for the complexity of her character, her emotional life and her love for flowers. An iconic feminist and internationally recognized figure, Frida Kahlo at Parrot’s Beak will surprise you with her flavors again and again.

The rosemary tequila exudes a veiled drama that hovers in banana and citrus aromas. I suggest this option to those who are tired of conventional cocktail experiences and want to feel the intensity of a cocktail with a versatile personality, like Frida herself.

The absolute femininity that empowers women through a journey of special perfumes. Coco Chanel has left behind an empire of elegance and creative culture. It liberated women from the standards of its time and consolidated its name next to the concept of modern yet noble elegance.

To make a drink that has the aura of Coco Chanel, you shouldn’t miss the romantic rosé wine added in a mixture of caramel, hazelnut and fine pear Parrot’s soda. A unique cocktail, like Chanel!

Of course, the list of cocktails doesn’t end here. These were just what I have tried so far! Paschalis’ inspiration continues, and I have so many reasons to return to my favorite Cocktail bar in Didymoteicho, to try new cocktails every time!

Find out more about Parrot’s Beak on their Instagram page.

Discover more flavors on my blog.